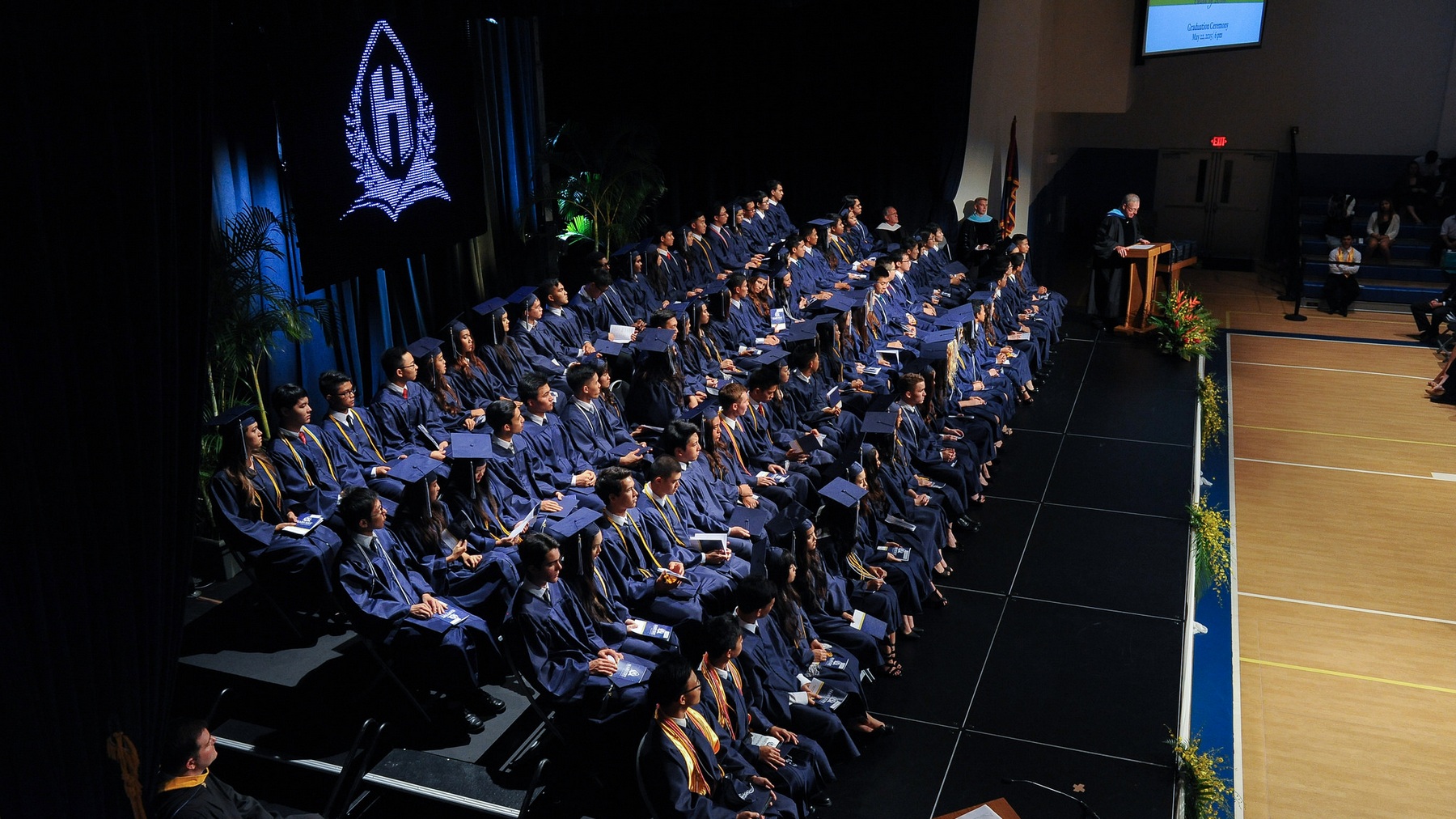 With graduation already over and many students focusing on enjoying their summer, the recent graduates have begun making their final preparations to begin their freshman year of college in the Fall.  For three of the 2015 graduates from Harvest, the preparations for college began much earlier than after graduation.  Luke Gomez, Daniel Han and Min Sung Kim are three exceptional students who have been putting in the efforts in their academics throughout elementary and junior high, but especially during their highschool years.  Their hard work has definitely paid off as they have the distinction of being chosen as finalists for The National Merit Scholarship.  According to the official website, the National Merit Scholarship Corporation is a not-for-profit organization established in 1955 to recognize exceptional students and leaders and to provide college scholarships to invest in the future of America’s students.

Miss Julie Plonk, guidance counsellor and senior class sponsor,  explains that the process begins with 1.5 million applicants from across the United States, and then gets narrowed down to 50,000 applicants based on the PSAT scores in the student’s Junior year. Eventually, 2/3 of those become “commended” students. In September of their senior year, the 16,000 semi-finalists are chosen. Finally, the 15,000 finalists are chosen towards the end of the student’s senior year.

Every serious student would be wise to check out the website and learn more about the opportunities available.  The three HCA finalists were recently notified by mail of their status and have received monies and college incentives as a result of the honor of being named a finalist.

Daniel Han, according to Miss Plonk, went on to the winner standing, of the National Merit Scholarship.  Daniel took advantage of a $2500 scholarship from NMSC.  Daniel received scholarships from Pepperdine and MIT, but has decided on attending Princeton.

Min Sung Kim, who has attended Harvest since his 5th grade year, applied to only one school and took advantage of Early Decision back in November. He was accepted at the University of Pennsylvania with aid and scholarships that will cover over three-quarters of the total cost of attendance. This is no small feat as the acceptance rate of UPenn is 10.4%.  Min Sung will be majoring in Business with a concentration in Finance. His advice to other students would be “to actively search for what your passionate about and pursue it.”

Harvest Christian Academy is proud of every student in the graduating class of 2015. However, special congratulations go out to these three distinctive students for the accomplishments and honors they have received as a result of their hard work!